“Only within the moment of time represented by the present century has one species — man — acquired significant power to alter the nature of the world. ” ― Rachel Carson, Silent Spring

Most social scientists would see the origin of sustainable agriculture arising from the 1987 Report of the World Commission on Environment and Development, titled ‘Our Common Future’. Known as the Bruntland report it made a strong case for global cooperation to address the increasingly damaged environment and to place Sustainable Development on the world’s political agenda. 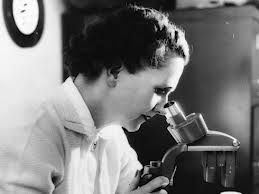 Issues such as deforestation, loss of biodiversity, land degradation including soil erosion, salinity and acidification, environmental pollution, pesticide resistance and energy and resource conservation had become evident to an increasingly well informed and educated public. It was also at this time that the concept of spaceship earth evolved with an understanding of the fragility of the earth’s biosphere and how the human race was threatening its long-term survival. Geologists are now referring to this era of human existence as the Anthropocene a time period as significant as any in geological history where mankind’s damage to the earth has exceeded nature’s catastrophic events such as volcanism and earthquakes.

About 35% of Worlds land mass produces food & fibre and soil scientists inform us that 30% of the world’s cropland has become unproductive in the last 40 years.

An Agricultural Working Group within the Commission recommended policies for implementation of ecologically sustainable development within the agricultural industry.

Sustainable Agriculture as a term was first used in Australia in about the 1980’s by Reeve in soil conservation literature. The term described systems of agriculture that preserved the physical integrity of the soil resource base, so that yields and farming enterprises were maintained or increased in the future.

*      must be profitable for the farmer

*      conserve the agricultural resource base

*      minimise the use of non-renewable resources

“ …agriculture that does not deplete soils or people”.

Interestingly long before the World Commission on the Environment report of 1987 a number of scientists (Sir Albert Howard, 1942, Eve Balfour, 1943, Bromfield, 1949, Rachel Carson, 1962), and even some doctors (McCarrison, 1924, Picton, 1942) had expressed concern about land degradation, danger of pesticides, soil quality and food quality. The demise of a number of civilisations around the Mediterranean was seen as examples that illustrated that poor land management could have disastrous results on a population.

Lockeretz(1988) in trying to sort his way through the maze of definitions sees sustainable agriculture as “….a loosely defined term for a range of strategies to cope with several agriculturally related problems causing increasing concern in the USA and around the world”. He lists some of the general principles.

This author having worked with many facets of agriculture over the years sees the pursuit of sustainable agriculture as a journey between two different agricultural paradigms.

The diagram below illustrates the journey that producers might involve themselves. Some would see biodynamic and organic agriculture as end points in this journey but in the context of the Australian agricultural environment any movement/progress along this journey offers considerable benefits in terms of increased sustainability. 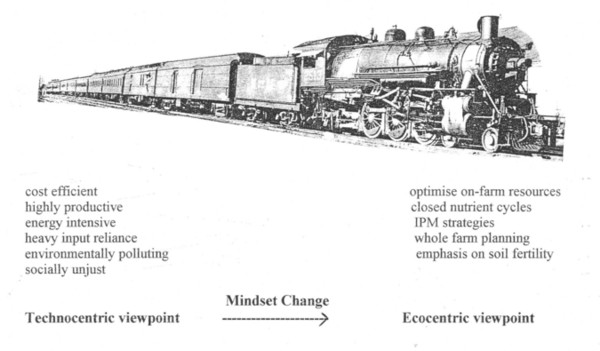 Any enterprise should be able to reflect on Lockeretz’s concepts above and pin point at least a couple of areas that could be addressed in the strategic farm management plan.

So how can these principles be applied?

Beef cattle are raised for sale along with a mixed orchard supplying, apples, pears and nuts to the fresh market.  A hectare or more is for the production of a range of vegetables for local sale. A box scheme is planned for the future to supply local families.

The family has tried to follow the sustainable principles outlined above and perhaps would consider organic certification in the future:

1. Use renewable resources and recycling of on-farm wastes

Prescriptions mixed mineral fertilisers have replaced synthetic fertilisers and are used to top-up deficiencies as indicated by soil analysis in the pastures. Soil structure, pH and plant nutrient levels have improved significantly over time.  Animal health has improved over the years with the assistance of a trace element mineral mix with added seaweed that is fed fortnightly to the cattle. A noticeable copper deficiency existed in early years on the farm.

Soil fertility relies on rotation of stock and the cycling of manures.   Compost tea is utilised from a worm farm in the vegetable garden. Composted straw is used as mulch around orchard trees, suppressing weeds and stimulating soil biological activity. 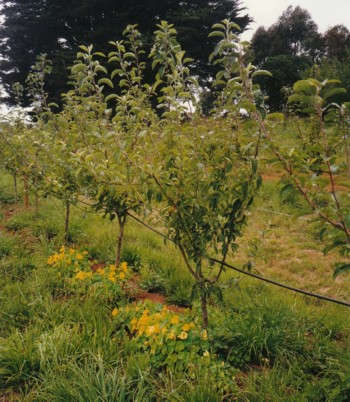 In pastures where cycling of nutrients is so important, dung beetles, the first line of attack in terms of the nutrient cycle, are encouraged through selective use of drenches that do not impact on these insects. Management of soil pH is seen as important in encouraging a wide range of soil macro and micro fauna.

Biological nitrogen fixation is encouraged in the pastures, orchard and the vegetable garden acknowledging that pH and mineral levels are important to ensure active nodulation and building significant worm populations. Green manures of broad beans and oats are used to provide organic matter and nitrogen to the vegetable garden while red clover is encouraged in the orchard areas and slashed around trees for use as mulch.

The emphasis on enhancing organic matter and the use of mulches assists in building disease suppressive soils essential to prevent disease build-up. It is evident in the orchard that the recycling of waste products leads to a fertility that is seasonal, relying on warmth, moisture and the activity of microorganisms rather than a crutch supplied by synthetic fertilisers. 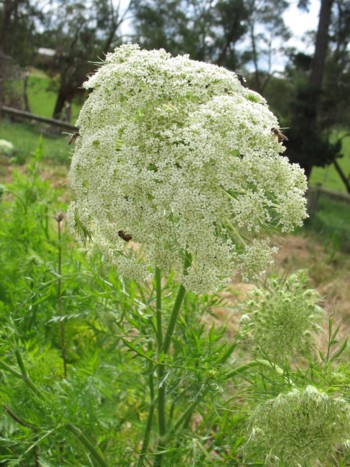 The major objective when initially commencing the orchard and the self sufficient vegetable garden was to eliminate the use of products that have the potential to harm both the environment and the health of the family and consumers purchasing their products.

No pest control products are used although some low impact lime/sulphur fungicides are used. Biological control is encouraged with umbillifera species allowed to flower along with other beneficial insect attracting species (farmscaping). It is significant that a number of spider nests can be seen on citrus and apple trees controlling various scale insects.

The wide range of annual and perennial trees and vegetables assists in increasing the insect biodiversity resulting in a balance where no particular species becomes dominant and threaten production. Diversity of crops allows seasonal supplies of product for local sale.

A bore supplies irrigation for the orchards with targeted timer controlled sprinkler systems in the vegetable garden. As the bore is at a fair depth the realisation is that water harvested and used is provided from a much larger catchment than the farm area and therefore responsibility for its use is paramount. As the property is in a catchment effected by salinity careful use of the water is seen as an imperative.

A number of bush corridors have been planted for wind protection and enhancement of biodiversity. Protected paddocks provide shelter for animals when offspring are expected. Heir loom species are planted in the vegetable garden and seeds collected for the following season.

This mixed farm with its varying soils and sustainability focus has been used as an educational base for student and farmer groups over many years. Hands-on education is emphasised with knowledge transfer that can be utilised on visitors own farms and gardens. Sustainability is encouraged as a holistic way of life rather than a transient management strategy that may be redundant if success is not immediately realised.

Energy use mainly consists of fuel and electricity for tractors, ride-on mowers, brush cutter and pumps. A wind generator provides some energy for the house which is a low energy passive design.  A major energy use on most farms is the use of synthetic fertilisers, particularly nitrogen (the production process), and herbicides. These inputs are not used.

How successful is the farm’s sustainable system

This family run farm has been in the family for three generations. The learning has been on-going recognising mistakes and continually monitoring sustainability indicators. Over this time the farm is receiving less rainfall thus coping with a drier climate places more emphasis on managing soils particularly organic matter levels and ensuring that the rotation of stock alloys a self sufficiency in feed. They are not always achieving this objective. Ensuring orchard trees are adequately supplied with organic matter and mulch assists in minimising moisture loss from the soil.

Soil chemistry is now satisfactory but more work is required to further stimulate soil biological activity and trials of a number of biological preparations are continuing. Further pasture trials are planned with deep rooting mixtures of cocksfoot, chicory, burnet, sheep’s parsley, yarrow and rib grass. Learning and knowledge acquisition never stops. This is a small farm where some off-farm income supports the on-farm activities.

Where to from here?

Major government agencies are promoting and supporting sustainable agriculture. Farmers are under increasing pressures to not only supply cheap quality produce but to manage the environment on behalf of all of society. The current Federal government are keen to progress direct action policies to deal with increased CO2 levels meaning an emphasis on soil management that can sequester (store) carbon.

Sustainable agriculture offers principles that farmers across all enterprises can identify and implement through sound management strategies. Even if only a couple of the discussed principles are undertaken on a farm progress towards sustainability should be applauded. What a challenge this is for us all.

“Land health is the capacity for self-renewal in the soils, waters, plants, and animals that collectively comprise the land.” Conservation: In Whole or in Part? (1944),Aldo Leopold